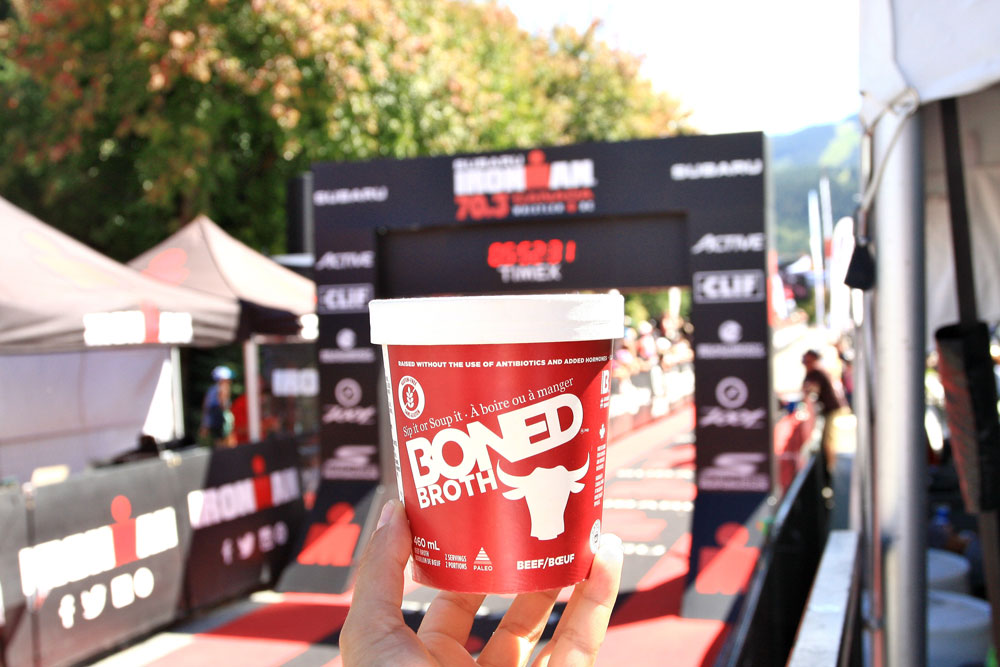 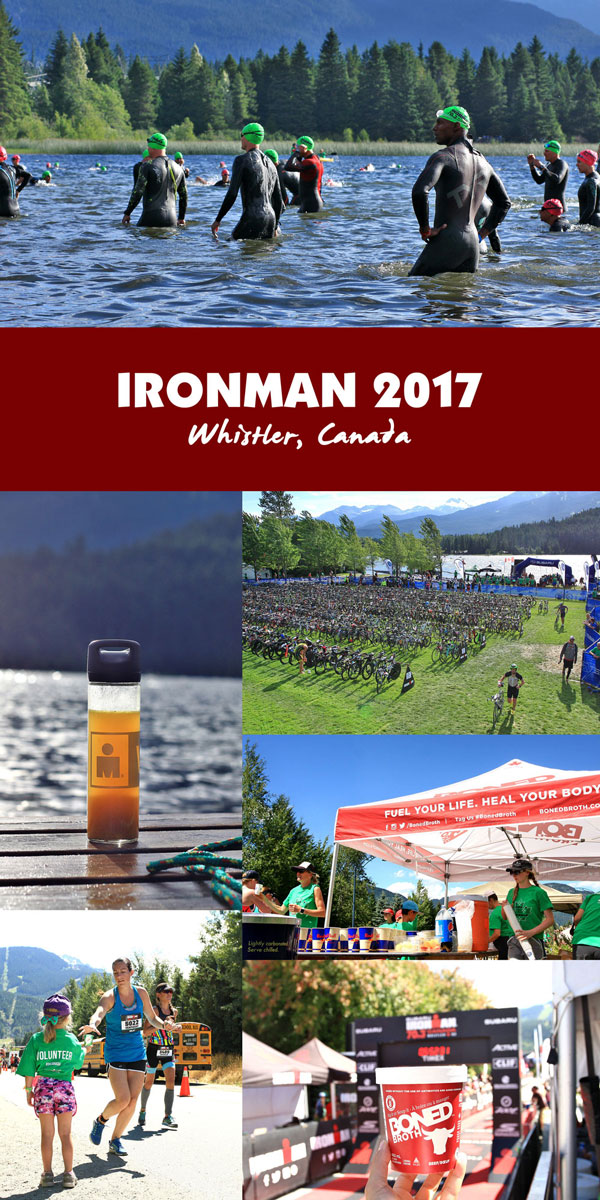 We had been to Whistler before but we had never seen Whistler like this.  The small ski town that is always buzzing with tourists and travelers not only transforms into the IRONMAN hive when the race comes to town, but an epicenter of inspiration and spirit.  It was as if every single resident of every age was on a sideline cheering if they weren’t volunteering at transition stations or passing out water, energy drinks and when the time came, our Boned Broth at the aide stations.

We came to Whistler in July 2017 for our first partnership with IRONMAN hoping to educate the athletes but mostly to provide a quality bone broth on the course that was so much more than the usual basic stock or bouillon that they receive.  Our BC based business came and did what we set out to do, but the boost to our spirit that we received from participating has been the nutrient dense supplement boost that we needed. 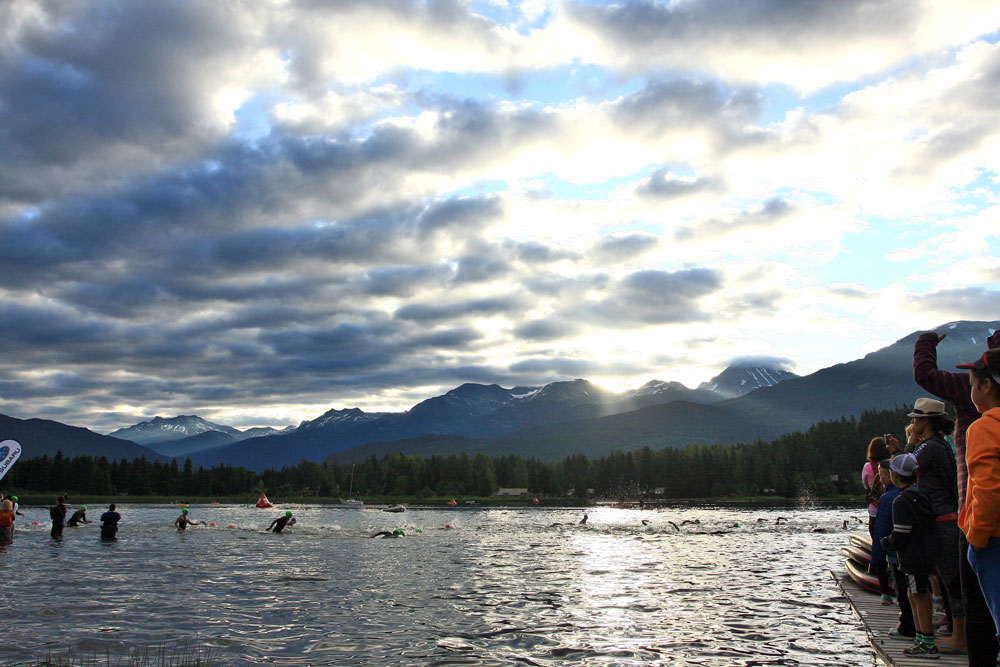 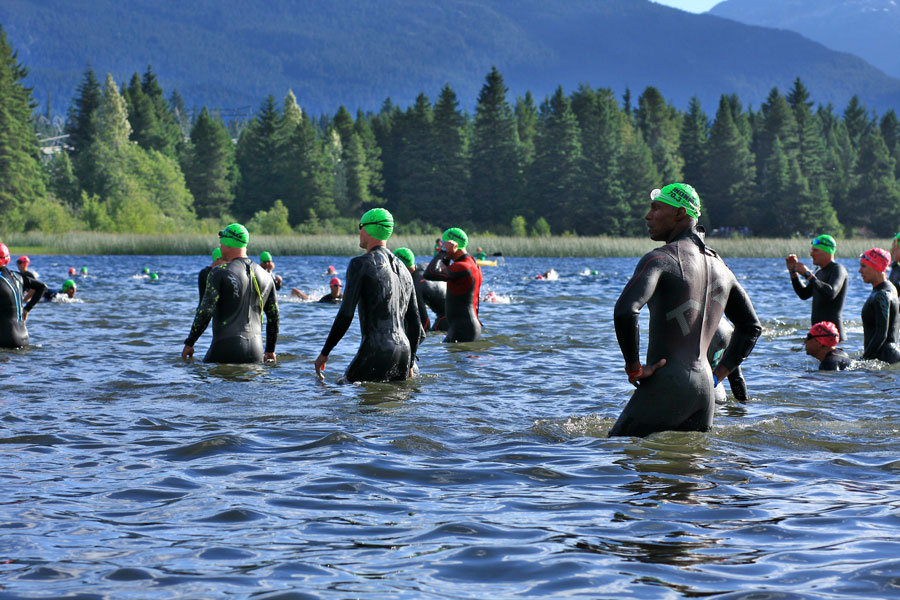 We were up at the crack of dawn and rode the athletes and VIP bus over to the lake.  The rising sun could not have been more beautiful and a little hot broth on the dock as the rolling starts to the Pro Women’s, IRONMAN and IRONMAN 70.3 all began.  The amazing head start from BC Pro Athlete Rachel McBride on the swim had us reeling with excitement and the array of athletes showed no boundaries.  The mood was fuel in itself. 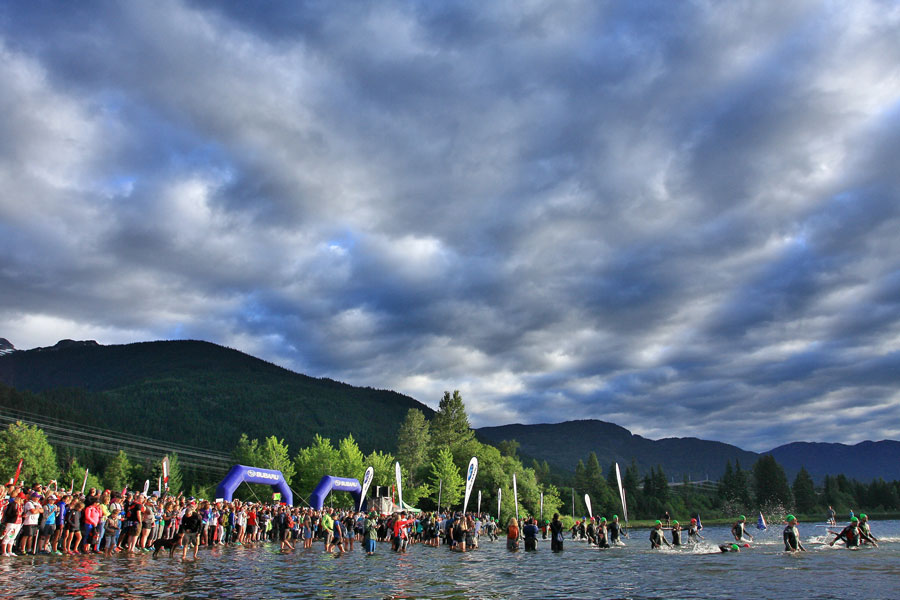 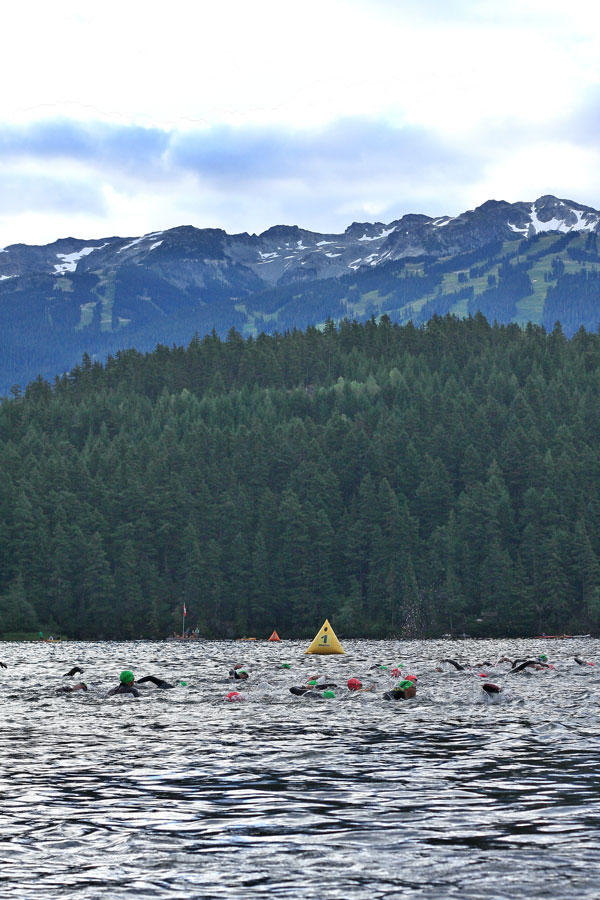 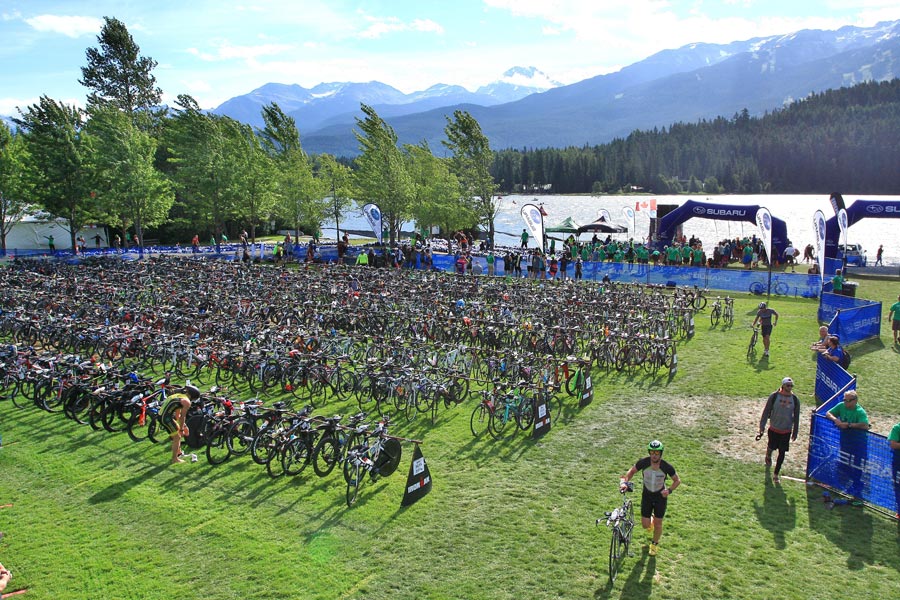 The transition from swim to bike was the first stop to where the organization and the amount of volunteers to run the IRONMAN really started to show its true efficiency.  If we could have predicted the beautiful moments that we would capture with our eyes we may never have put our camera down.  From the mom that stopped to kiss her husband and baby to the pure energy of the athletes’ entourages that were there every step of the way.  We were absolutely in the midst of awesomeness. 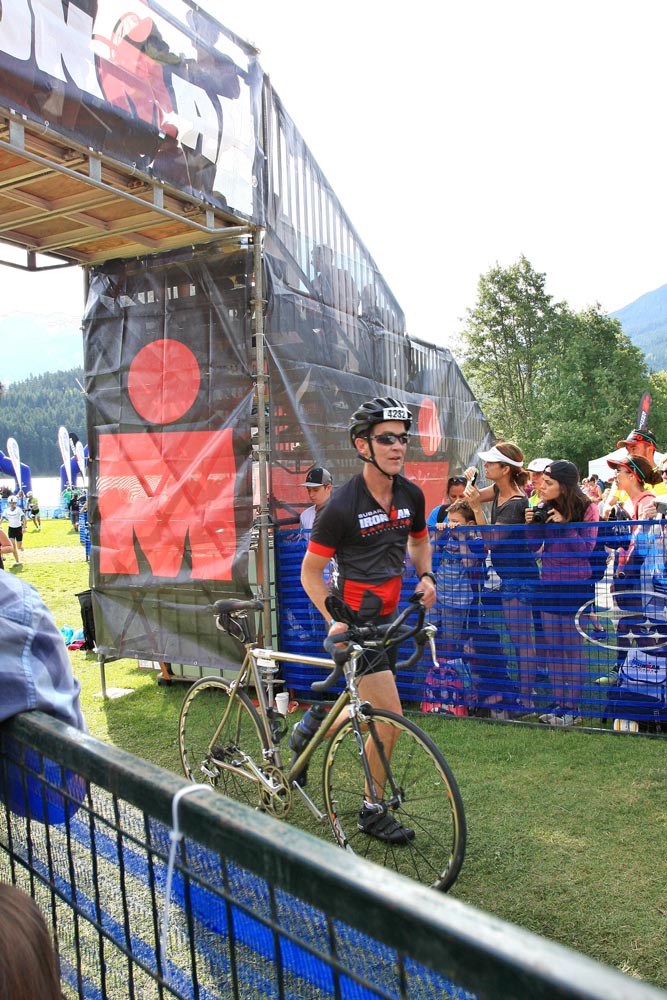 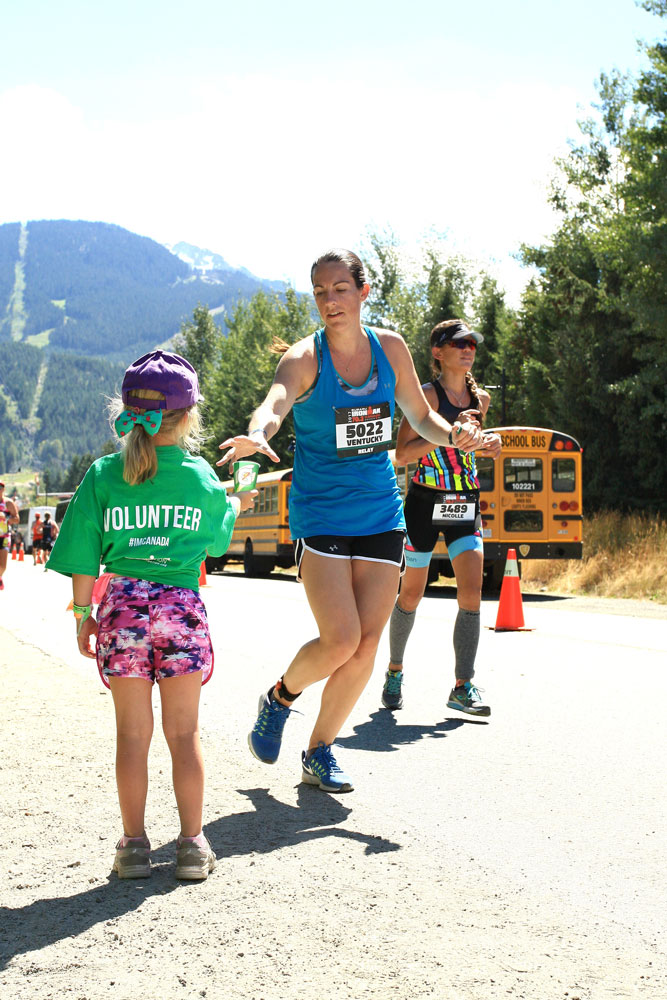 The above pic of the little girl volunteer passing the cup of water to the female athlete has to be one of our absolute faves!  This is where the hardcore volunteers came to play!  The kids that were at our tent handing out cool drinks for the first half and our broth later on were phenomenal bundles of energy and enthusiasm.  They proudly scooped up cup after cup from the table and clearly shouted out the contents of each cup to ensure each runner was fueled with the exact right drink.  They were relentless and fierce and didn’t let down for one second   fearing one athlete might pass them by.  It was pure magic to see such passion and commitment from all the volunteers. 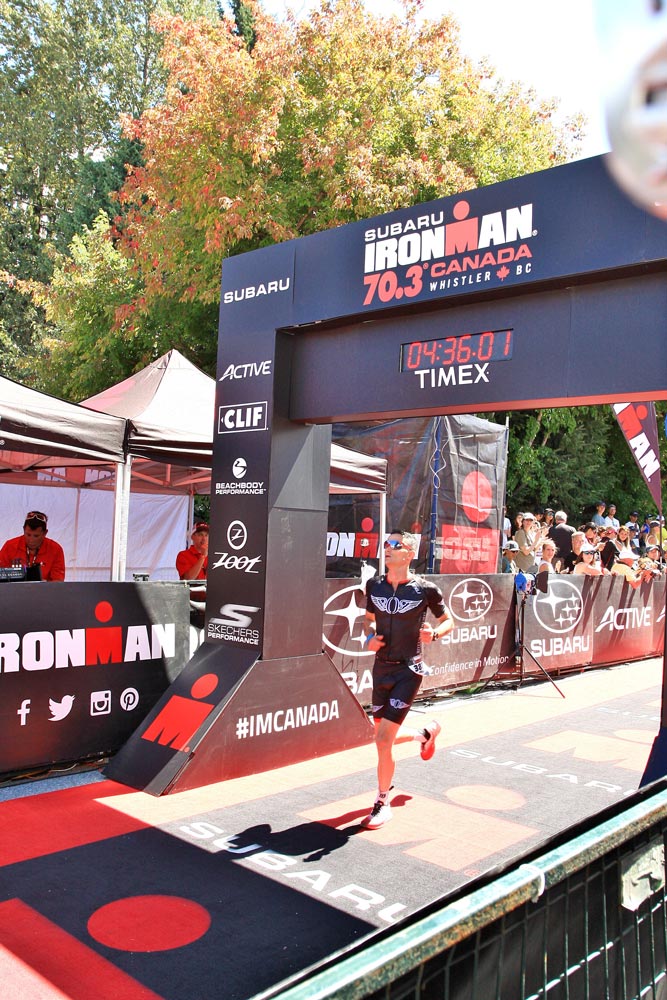 In the end, it was Linsey Corbin that took the lead and was the Ironman Champion in Whistler with Rachel McBride following close up in 3rd place.  YAY BC!   The place to be is definitely the finish line!  The expressions, the support, the triumph!  Here’s what Linsey Corbin posted recently on her blog about the race (also check out the little video on her website here):

“We put ourselves in a vulnerable position when we start a race, putting it all on the line after so much work goes into a single day.  You have to not be afraid to fail and that takes courage.  I have failed many times over my career, and to put it bluntly:  it sucks.  Those are the days that build character, thicken your skin, and show what you are made of.  Those are also the days that make Sunday all the more special for me.  I encourage everyone to find something you are passionate about that gets you out of bed everyday, chase that dream and don’t stop until you get there.  If you fail short of your goals, don’t let that stop you.  Keep working hard, keep chasing, stay the course, if you fail – dust yourself off to get back up again and have some fun along the way.  The spirit of Ironman is “Anything is Possible” and I truly believe that if you put your mind to it, anything IS possible.”

We won’t even both saying that we couldn’t have said it better ourselves.  We can’t.  We’re not IRONMANS… yet!

What an incredible experience it has been to attend and sponsor an IRONMAN event in beautiful Whistler BC in the summer of 2017.  We absolutely want to say a big thank you to the coordinators, especially Sean and Morgan on site and Brett behind the scenes. 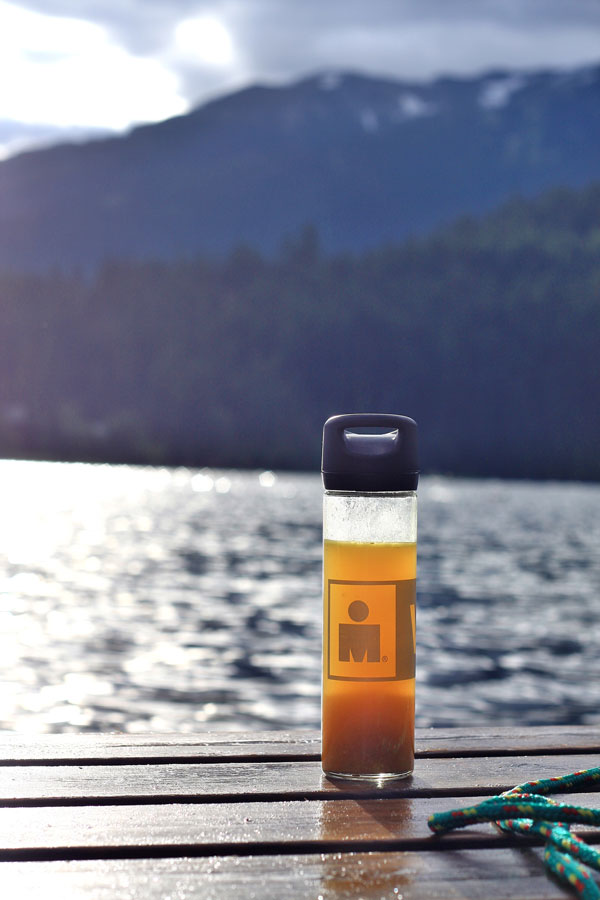 It was a fantastic experience connecting with all you amazing athletes, vendors (check out our inspiring neighbours in the IRONMAN Village Naak Bars and 1st Endurance Canada) and volunteers and we would absolutely love to return again.  Thanks also to Olives Community Market in Function Junction for being the go-to place in Whistler that currently carries Boned and one final thank you to The Green Moustache for keeping us full of delicious smoothie bowls and other goodies between cups of broth and connection.  A definite place to go if you are in the village!

In times of trouble and stress, a soothing cup of

When we think about gut health, it’s not just th

Animal bones are rich in lots of different vitamin

Well, this looks right lol! We are all in a love/h

Out with the old, in with the new. May the New Yea

When you buy BONED broths, you are asking us to do