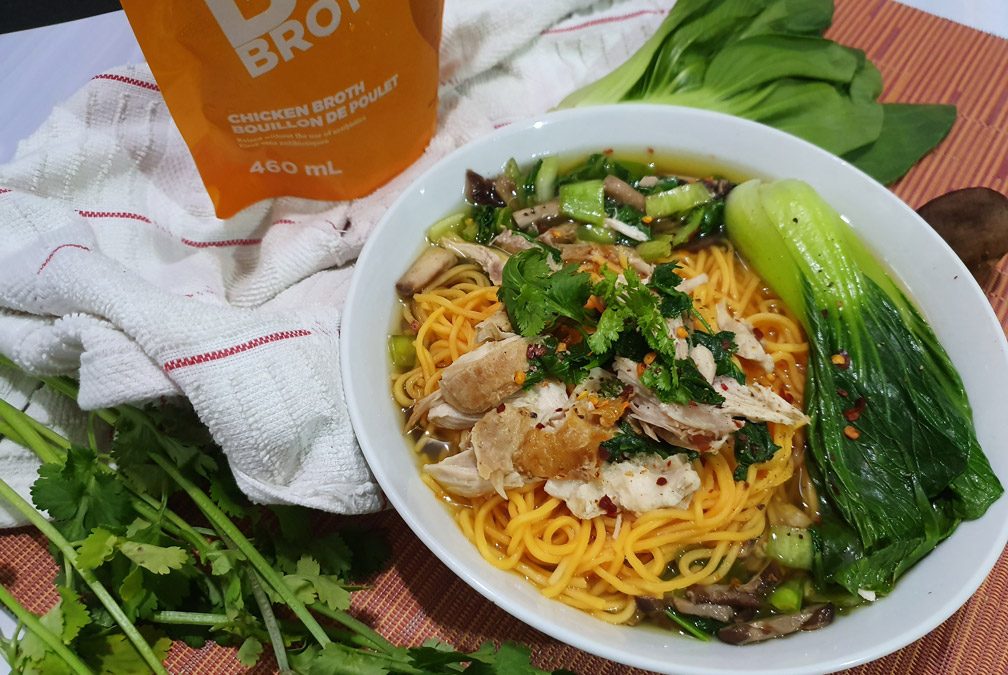 This Asian Style Chicken and Noodles was sort of an experiment when we read a blog about Gordon Ramsay’s Masterclass Szechuan Chicken and Udon noodles recipe. We didn’t have all the ingredients with us, so we just decided to just go with what we had or we were able to find at the moment.  But with lesser time than boiling chicken bones for the broth, we already had our chicken Boned Broth for the soup.

So this is Gordon Ramsay’s completed Szechuan Chicken and Noodles (gourmet style vs our home cook style).

For our simpler version, we already had our leftover roasted chicken in the freezer for us to use but we shredded the meat instead because after all, it’s leftover. Instead of using udon noodles, we used vegetable noodles.  We also used fewer ingredients because our Chicken Boned broth is already tasty.

So for our ingredients: 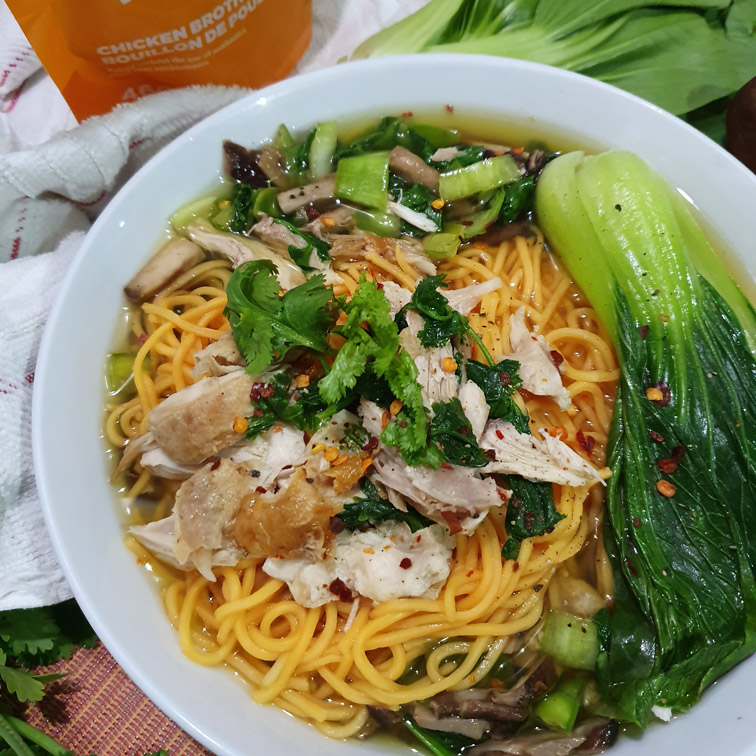 The first thing we did is cook the noodles according to the instructions on the package, which said cook 1-3 minutes in boiling water and do not overcook it. We cooked for about 3 minutes, drained the water then transferred it in a bowl with cold water to stop it from cooking.

Put the pot back on the stove but with the chicken Boned Broth to heat, when it starts simmering add the lemongrass and the cilantro stalks to add more flavour and fragrance to the broth. Continue to simmer and reduce down while we do our other ingredients. If the taste is a bit bland for you, add soy sauce and adjust to your taste.

Heat the pan, add olive oil or whatever oil you usually use and add the mushroom and saute dry toasting it until it browns.

Add the bok choy and snap peas and lightly saute, keeping their crunch and not overcooking them. Check the taste if it needs a bit of salt. Remember the broth is already seasoned.

Go back to your simmering broth, turn off the heat and strain it and add your shredded chicken just to simmer it for a minute or two.

Turn off the heat and drop your fresh cilantro leaves and take your small amount of sesame oil and add it to your broth.

Add your cooked ingredients to a bowl and garnish with chili flakes for a kick if you like.